For those of us who follow Keeping Up With the Kardashians (KUWTK), Rob Kardashian is not an unfamiliar name. He started being a star with the launch of KUWTK in 2007.

After remaining on the show for the first eight seasons, the star took a leave from it. The reasons behind him opting out of this situation of non-stop, public scrutiny included his two failed relationships and his unhealthy coping mechanism.

If we put it in simpler words, the reasons behind this resignation from the show were the ones that prompted the star to neglect his health.

Other than his most prominent role in KUWTK the star also showed up in other spin-offs. He premiered the reality series, Rob & Chyna, in September 2016.

Although Rob Kardashian makes a convincing example of how fame can be a failure factor, we are currently focused on him being a weight loss role model. 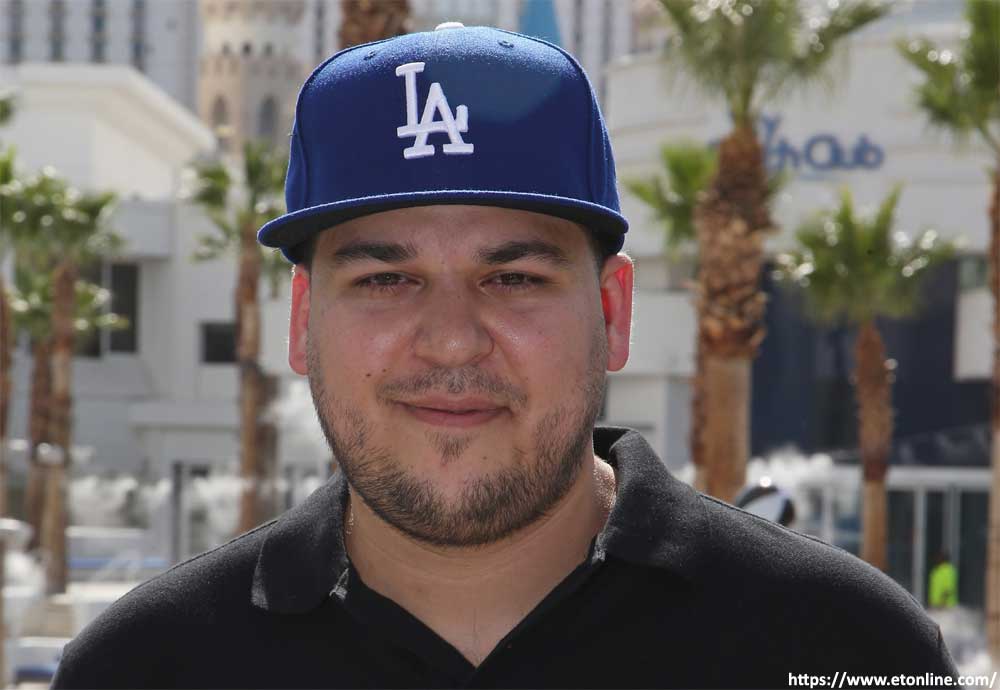 Rob Kardashian weight was a long time coming. Insider informants point to the star’s 2012 break up with his then-girlfriend Rita Ora. The relationship was highly publicized just like any other development in the family which means that the breakup was equally famous.

The breakup not only affected Rob’s mental health negatively it also hurt him physically. In the end, he started over-indulging in junk food and inactivity.

He started retreating in his comfort zone out of constant scrutiny from the media. He even ranted about the social media treatment he received from followers and other netizens who were more interested in his weight gain than he was.

We can say that that was the final straw in the camel’s back. Soon afterward, we saw him missing from most media outlets.

2015 was the year when his health made headlines again. This time, his family broke the news that he was suffering from type 2 diabetes. This information could be a huge motivational factor for the star. Unfortunately, it wasn’t!

In the next year, celebrity-cum-entrepreneur found himself in another well-publicized relationship with the model, Blac Chyna. This time, he voluntarily showed up for public scrutiny with his reality show, Rob & Chyna 2016. The couple flaunted their year-old relationship while they prepared for their expected baby.

Against all hopes and wishes, the star couldn’t bounce back from his unhealthy habits even after the birth of his daughter, Dream. He only got serious about his health when he was battling for child’s custody a couple of years later.

2018 was a lucky year for Rob. And he continues to grow healthier since then.

Overeating was a coping mechanism for Rob and also the primary reason for his extra weight. It was common sense that he rectified this area of this life to rescue his health. The first step he took towards eating healthy was supported by his then-girlfriend, Black Chyna. She cooked healthy food for him and encouraged him to remain on track.

Unfortunately, this season of care and healthy eating didn’t last long and the couple split up in December 2016.

Later, Dream’s custody prompted him to start becoming the father his daughter deserved to have. In 2018, he started avoiding junk food and relied on a high protein diet to get through the day. He did have cheat days in between, mind you! Even these cheat days allow him to eat in moderation.

The star has also reduced the number of times he eats out. And alcohol is a big no-no for him.

So, for Rob, diet makes the major point of his weight loss transformation. Still, he had to do something with the sedentary lifestyle he had developed over the years. After making his home his cocoon to hide from the scrutinizing stare of the public, the star spent his days playing video games and watching TV.

This only worsened the weight he was gaining from binge-eating.

It took him some years to get enough motivation but fortunately, he did. It was not until 2019 that he started paying attention to working out – and that too with the help and support from her sister and her boyfriend.

After flaunting his first day towards a healthy life, his next update about his physical activity came out in 2020. From what we can see in the image he posted, till then, he had already shed quite a few pounds.

It’s no secret that the star uses his home gym to work out. His training includes cardio, pushups, running, and deadlifting.

Rob Kardashian Before And After Weight Loss Photos 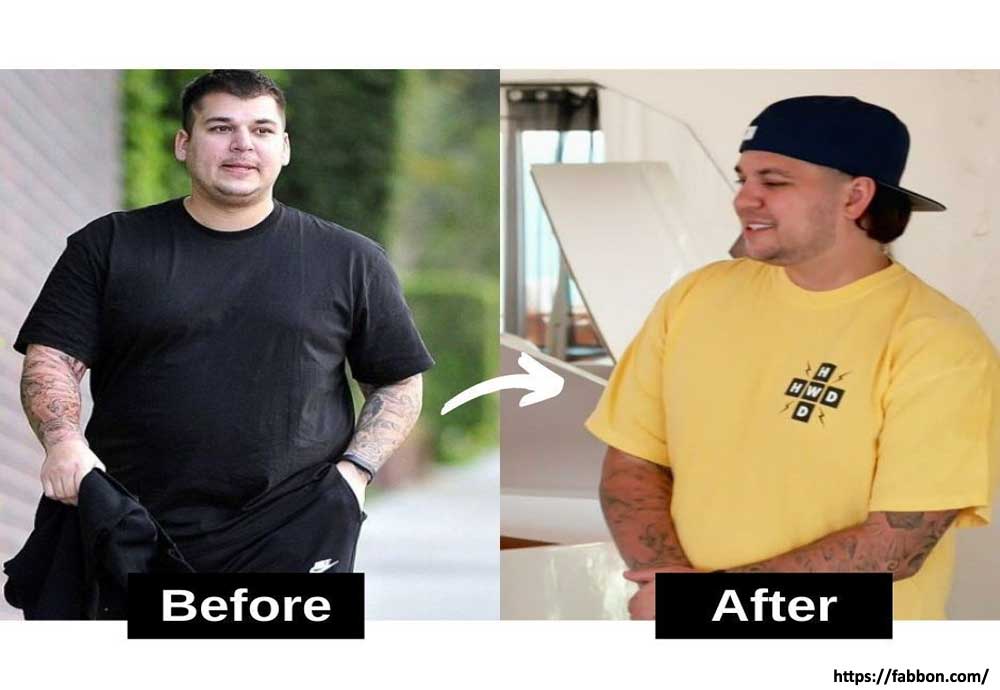 If we look at 2011 photos of the youngest member of the Kardashian family, we see a young, handsome, and slim Rob Kardashian. Gradually, he turned into a giant with more than 6 feet in height and up to 300 pounds at the peak of his weight gain.

His recent photos which his family shared on their social media accounts, however, show his progress. It appears that – from 300 pounds – the celebrity has come down to 250 pounds.

What Has Rob Kardashian Said About His Weight Loss?

These days, his daughter – Dream – keeps him busy and active.

How Much Did Rob Kardashian Weigh At His Heaviest?

The most the star ever weighed was 300 pounds.

What Is Rob Kardashian’s net worth?

Rob boasts a net worth of $10 million, most of which has amassed from KUWTK and Rob & Chyna.

How Did Rob Kardashian Lose Weight?

Rob Kardashian has now embraced the limelight after several years remaining low-key. His recent appearances show the character development he has undergone over the years. Out of all the changes he has shown in his recent updates, Rob Kardashians weight loss takes the cake.