Seasonal allergic rhinitis, also known as hay fever, affects one in four individuals in the United Kingdom. The number of people with asthma has risen by 300 per cent in the last three decades, reaching 16 million individuals as opposed to just one in eight throughout the 1980s. Indeed, experts from Allergy UK predict that this number will reach 30 million by 2030.

Furthermore, it appears that there has been a substantial increase in the number of children and middle-aged individuals affected by the disease. Despite its widest. read occurrence, there is a lack of comprehensive information about it.

Stephen Durham, a professor at the Royal Brompton allergy clinic in London, adds: “Family members, GPs, and even patients themselves may believe that hay fever is only a little bit of sneezing for about 10% of sufferers.”

When it comes to hay fever, misdiagnosis is quite common, according to Dr. Adrian Morris of the Surrey Allergy Clinic. “Many people come in complaining of sinus issues and are given antibiotics when they have hay fever and require antihistamines and nasal spray,” he explains.

Dr. Durham, though, reminds us that the reverse is also true: many people believe they have hay fever when in fact they have something else.

Are you struggling from hay fever? Stock up Mometasone from Express Pharmacy now!

How To Know When Allergies Are To Blame 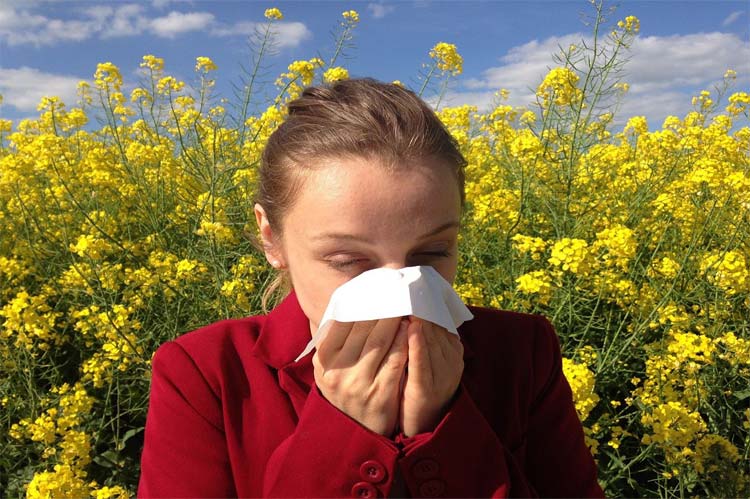 It’s often simpler to determine what sort of allergy you have once you figure out when your allergies are at their worst. Of course, the question may not be “Do I have hay fever?” at all if there are other causes for your sensitivity. However, here are some of the most frequent allergic reactions that may be mistaken for hay fever or present similar symptoms:

Grass: The most frequent and well-known hay fever cause is grass pollen. The average pollen season lasts from the first week of May to the second week of September, with a peak between the first and sixth weeks in June.

Birch: Birch allergies are prevalent, affecting roughly 25% of allergy sufferers. From mid-March to the first week in June, this birch season is shorter than the pollen season and peaks from late March to mid-May.

Mould: Cladosporium and Alternaria are two common moulds that cause allergies. Mould allergies are most common in the fall and early spring, especially after a rain shower when mould spores attach to moisture in the air.

Oak: Allergies to oak are usually minor, but they can become more severe in certain situations. The allergy season extends from the first week of April through mid-June, peaking between the end of April and early June.

Nettle: Although nettles are reputed for their painful stinging, they can also cause a mild allergy reaction. The season lasts from the beginning of May to the end of September, with the highest concentration occurring between June and August.