A deep dive into the inspiring and incredible weight loss journey of the famous American actor-comedian Billy Gardell. Learn how he overcame his health problems to lose weight.

Losing any amount of weight is almost an uphill battle. You have to follow a strict diet and exercise regimen to see results. This process can be grueling if you are not determined to see progress. This process becomes extremely hard and at times impossible if you are suffering from a disease like type-2 diabetes.

While suffering from a health issue like this, following a diet that is right for you becomes even more difficult. But a lot of people over the years have overcome this adversity and come out better on the other side. These people show that you can do anything you want if you put your all into it. One of these people is Billy Gardell.

Billy Gardell managed to lose an estimated 70 pounds (30 kilos) of weight over 6-7 years. He did that through a combination of a regular diet and exercise. Now, a lot of people will ask ‘what did Billy Gardell do to lose so much weight?’. And before we answer the question, let us discuss who Billy Gardell is;

Who Is Billy Gardell? 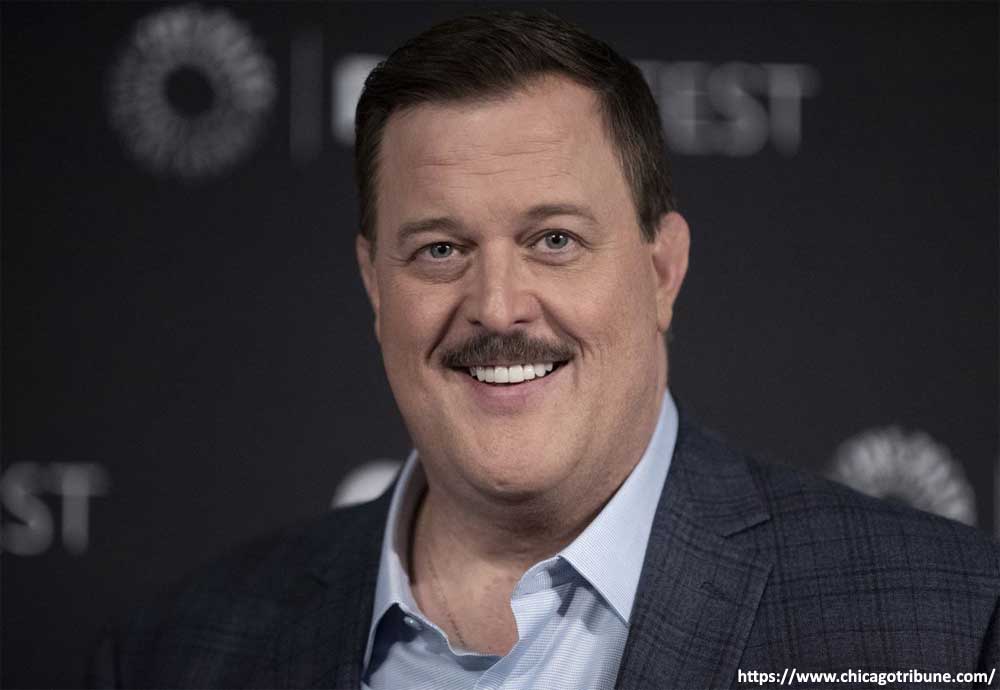 William Gardell Jr. is a popular American actor and stand-up comedian. Throughout his career, Billy has played a lot of popular characters in television shows that have made him a popular figure worldwide. He is best known for playing Mike Biggs and Mike & Molly. He has also appeared on shows like Yes Dear, my name is Earl, and young Sheldon.

Billy Gardell was born on the 20th of August in 1969 in the town of Swissvale in Pennsylvania. Gardell attended Winter Park high school in Florida after his mother moved there in 1985. As a teenager, Gardell started working for a department store warehouse where he used to unload trucks.

Starting As A Comedian

In 1987, Gardell started cleaning bathrooms, answering phones, and seating people at a local comedy club called Bonkerz. In December of 1987, he started performing at the club’s open mic night. After performing at open mics for a year, Gardell started opening for well-renowned comedians like George Carlin and Dennis Miller.

After performing in comedy clubs for some time, he started getting featured roles in a series of movies. Over the years, he has performed in multiple successful films. Some of his most popular appearances include Bad Santa, You, Me, and Dupree, and Avenging Angelo. These appearances helped him launch his Hollywood which resulted in him getting roles in a series of television shows.

In addition to his multiple movie roles, Gardell has appeared in a wide variety of popular television shows. Some of his earlier appearances include Heist, The Practice, Yes Dear, Desperate Housewives, and Monk. He made several other brief appearances before getting his big break as a leading man on a television show.

In September of 2010, Gardell starred in the popular comedy show Mike & Molly with Melissa McCarthy. The show aired for six years and was a massive hit. During this time, he also did a stand-up special called Halftime. This show aired on Comedy Central and received positive reviews across the board.

After Mike & Molly concluded in May of 2016, Gardell made cameos on a variety of popular television shows. Some of these shows include Family Guy, Monopoly Millionaires’ Club, Dice, and Young Sheldon.

In early 2019, Gardell got a leading role in the Bob Hearts Abishola. The show is still on the air as of October 2021.

Gardell has been married to Patty Knight since late 2001. The couple had a child together in 2003 and named him William III.

In an interview in 2019, Gardell confessed that he had always had weight issues. Since he was a kid he had always been the fat kid. In addition to his weight issues, Gardell had also picked up other bad habits like smoking and drinking. He said that during his early stand-up career, drinking and smoking were considered to be a part of the culture.

The actor and stand-up comedian had these alcohol and smoking issues till 2008. At the time, he looked at his physical state and decided to make some healthy changes. It was at this time he stopped smoking and drinking. During an interview in 2019, he said that he had been sober for 11 years at that time.

But even after quitting his other vices, his weight was always his biggest problem. At one point in his life, Gardell weighed close to 350 pounds. It was at this time around 2010 that Gardell decided to work on losing weight.

Over the next six years, during the airing of this show Mike & Molly, Gardell decided to work on his weight. During this time, he also went through a serious weight-loss journey that went as follows;

Billy Gardell is an inspiration to all those people who think they are too far gone. During his weight loss journey, Gardell showed us that you can lose any amount of weight if you have the necessary drive.

Billy was always bullied throughout his high school years because of his weight. Coupled with the risk of leaving his family too soon, Gardell decided to make certain improvements in his life.

In 2011, Billy Gardell weight loss journey started when he hired a nutritionist and a trainer. He initially wanted to keep his initial weight in check to make sure that he does not gain any additional weight. But his nutritionist helped him develop a healthy diet and together with his exercise regimen, he started losing some weight.

During his time on his popular show Mike & Molly, Gardell reported that he lost around 70 pounds. In the six years, the show was on the air, both he and Melissa McCarthy went on a weight-loss journey. During this time frame, both of them managed to lose a significant amount of weight.

In 2020, Gardell went into detail about his diet and exercise plan that helped him in losing weight.

In an interview, Gardell said that he got together with his trainer to come up with a specific routine. This routine was specifically developed for type-two diabetes patients. This workout involved an adjustable desk chair.

In addition to that, he used yoga as his main exercise tool. He also increased his muscle mass by lifting twice a week as a part of his diabetic management plan. This exercise plan played a big role in Billy Gardell weight loss.

Additionally, Gardell also started running for 30 minutes every single day. Gardell said that he knew the importance of walking around and keeping his body in motion. That is where these long walks came in handy.

Billy knew that exercise alone was not enough, so also incorporated a healthy diet into his daily routine. This diet helped him in losing a large chunk of weight in a short period. He started small by cooking healthier meals for himself and cutting out sodas from his daily diet.

During his time, Gardell also incorporated a new diet into his daily routine. His new diet mainly consisted of green veggies and lean meats. He also regularly included carbs like rice and oatmeal to balance out his diet perfectly.

He also said in the interview that he never counted his calories. Also, he made sure that his meals consisted of small portions that were easy to consume. Gardell also made sure to not eat the same thing every day to keep his meals fresh and exciting.

Billy Gardell also preferred quick and easy-to-prepare meals that could be finished in 30 minutes max. Later on, Gardell also avoided carbs like white bread and rice because of his diabetes diagnosis.

Some Of Billy Gardell’s Favorite Recipes 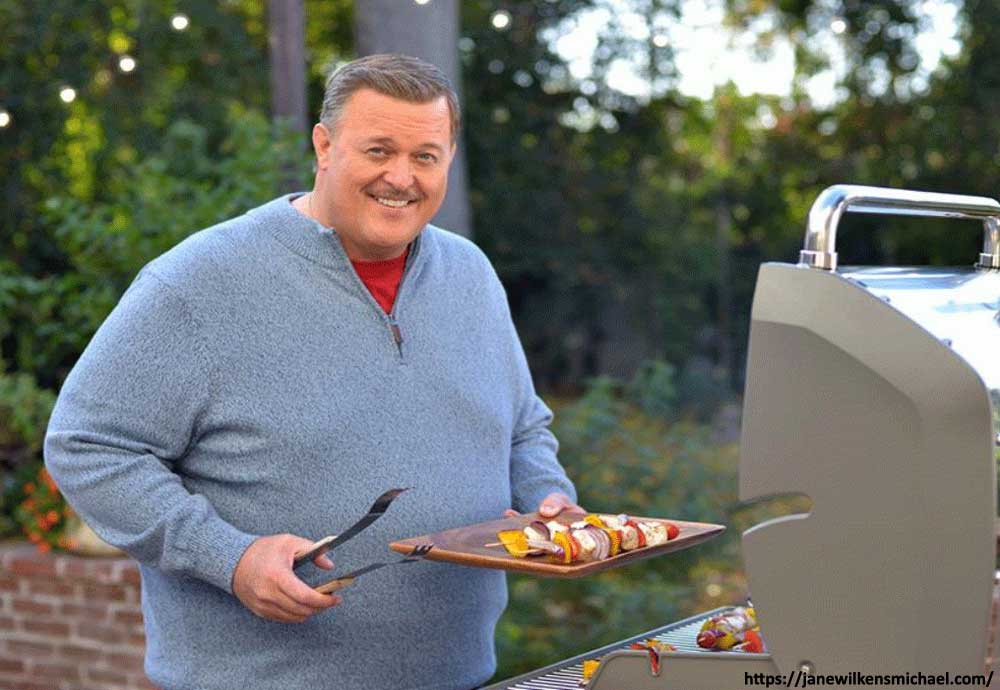 In one interview, Gardell stated that over the years he has tried a plethora of dishes and recipes that have helped him in his journey. Some of these dishes he enjoyed, while others not so much. Some of his favorite recipes nowadays include,

These are some of the dishes that have been a part of my diet over the years. He credits these healthy yet tasteful dishes as the main reason why he started eating healthy.

In addition to these amazing dishes, Gardell has made other changes in his diet over the years. These changes have helped him perfect his diet and made the Billy Gardell weight loss process easier. For instance, Gardell has incorporated a lot of vegetables into his diet.

He initially did not like vegetables but now they are an important part of his daily meals.
Gardell also revealed that his favorite vegetable is broccoli and he used to only eat it at the start. Now, however, Gardell eats a lot more vegetables and has stated their importance in his weight loss journey.

There are a lot of important lessons that we can learn from Billy Gardell weight loss journey. Some of these things are crucial for losing weight and you can add them to your daily routine as well. These lessons include; 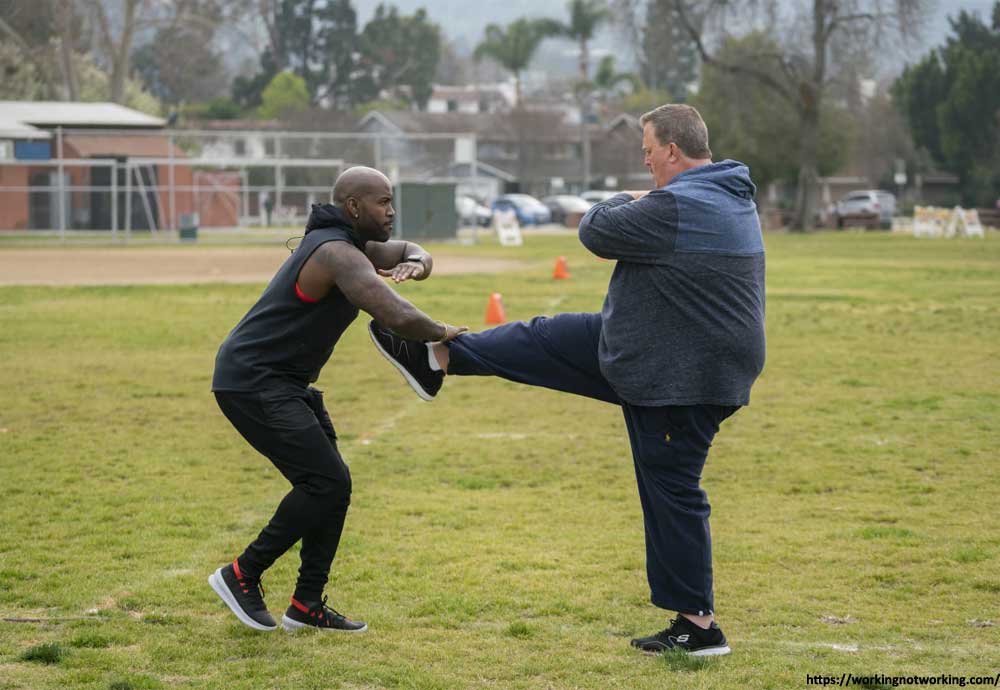 Billy Gardell does a large variety of exercises that have helped him lose weight. After his type-2 diabetes diagnosis. Gardell made a lot of changes to his workout routine. Exercise can play a vital role in your weight loss journey.

Exercise allows you to increase your core strength, build resistance, and relieve stress and depression. Some exercises that Gardell made a part of his daily routine included;

Construction A Proper Diet With The Help Of A Nutritionist

A great diet can make all the difference in the world in your journey. It is something that greatly helped Billy Gardell weight loss. He hired a nutritionist who helped him by introducing newer and healthier food to his diet.

Having a great nutritionist can greatly help you lose any amount of weight. They can make sure that you get better results in a relatively short amount of time. Eating healthy will also have a positive impact on your exercise routine and it will also help you in getting some consistency in your life.

Getting Help From A Life Coach 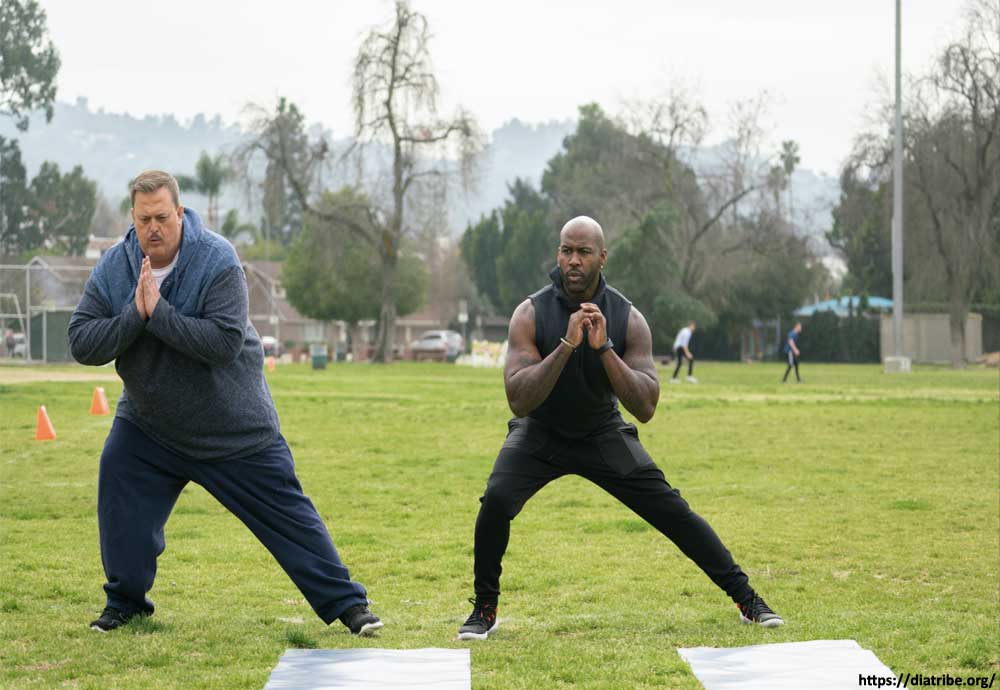 Billy Gardell Before And After Weight Loss Photos 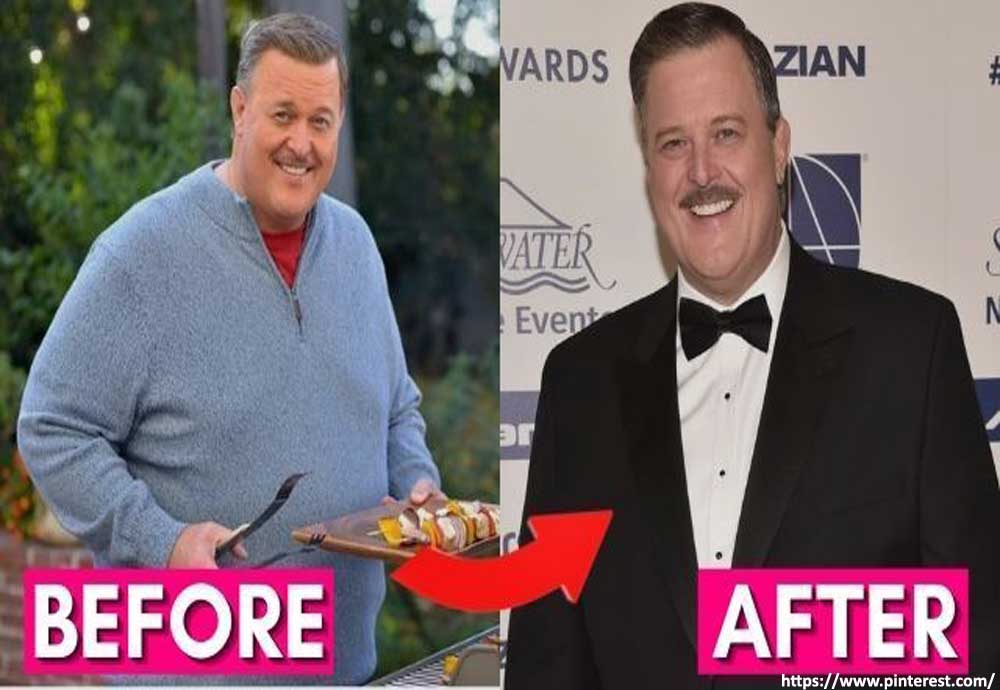 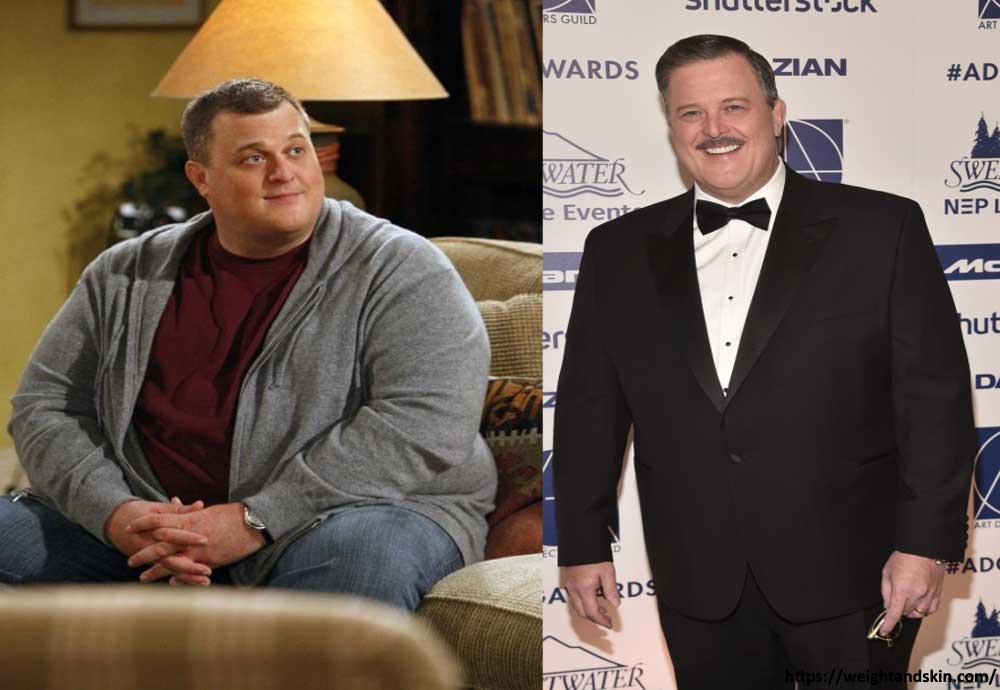 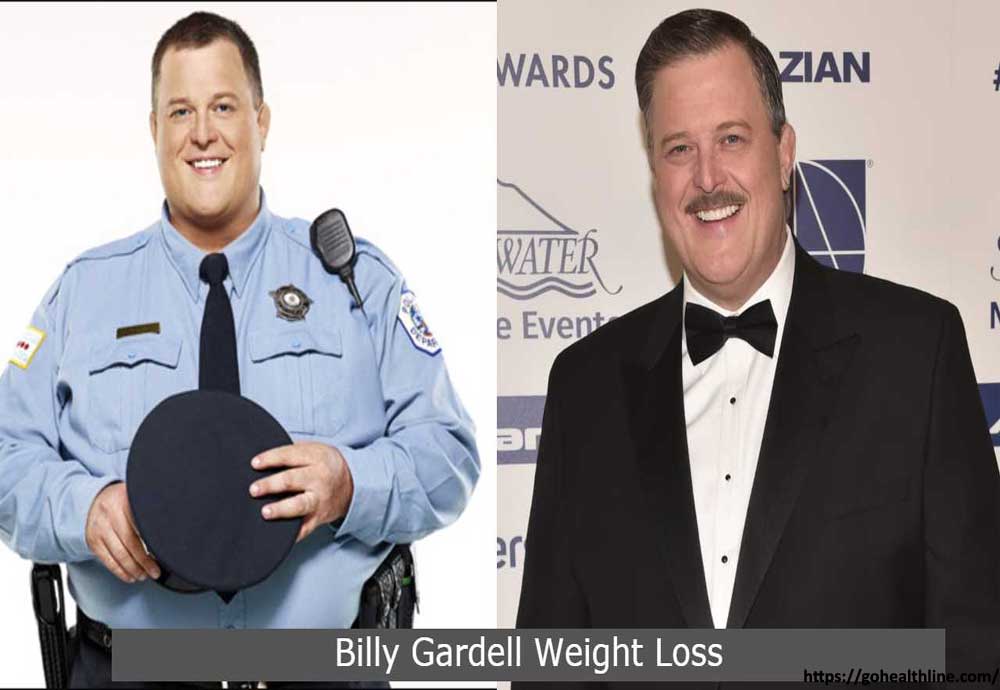 What Has Billy Gardell Said About His Weight Loss?

Gardell went from being 350 pounds to losing more than 100 pounds over the years. He dedicates his weight loss to a lot of hard work and effort. When asked about his journey, he also said that he has helped inspire a lot of people to make better and healthier life choices.

You can also lose weight like Billy Gardell by following two basic rules. The first rule is that you need to cut out all processed and junk food from your life. You need to only eat ingredients that are fresh and healthy.

Secondly, he made physical activity an important part of his daily routine. You can make a lot of difference in your daily life by doing simple tasks like walking and exercising. Making these two lifestyle changes can ensure that you will follow in the footsteps of Billy Gardell weight loss journey.

What Is Billy Gardell’s Net Worth?

Billy Gardell has an estimated net worth of $8 million

How Old Is Billy Gardell?

What Was Billy’s First Movie Role?

Billy’s first movie role was in an animated movie called Gary the Rat. In this movie, he played the character of Jack Harrison.

What Was Gardell’s First Television Role?

Billy Gardell appeared in a show called the Kings of Queens in 200. He played the character of Billy Kelner in one episode.